Recently, the City of Columbus has updated its requirements for post-1994 CRA tax exemptions for developers granted permits after September 1, 2023.[ii] Adopted in 2018, the Columbus CRA residential abatement policy is a tool the city can use to encourage developers to create space for everyone in Columbus’ neighborhoods, and the 2018 policy designates specific geographies within the city as reinvestment areas, based on six distress criteria (population growth, median household income growth, poverty rate, growth in median rent, housing vacancy rate, mortgage foreclosure rate):

Within these areas, housing developers are eligible for tax abatement if they set aside a percentage of a development’s units for residents that meet certain income criteria.[iv]  The U.S. Department of Housing and Urban Development (HUD) defines and calculates Area Median Income (AMI) for every region of the country, and at 100% AMI, half of the families earn more than the median, and half earn less than the median.[v] The CRA policy creates affordable units in Columbus by offering tax abatements to developers that set aside a certain number of housing units for individuals who earn the median income or less.[vi] Income-qualified tenants are not charged market-rate rent, but rather, a rent that is aligned with their ability to pay without being rent burdened.[vii] At 100% of AMI it is estimated that an individual earning $57,800 could afford rent and utilities of $1445, 80% of AMI provides an affordable rent of $1174 for an individual earning $46,960, and a rent of $880 for an individual earning $35,220.[viii] 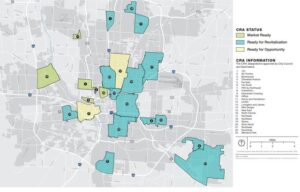 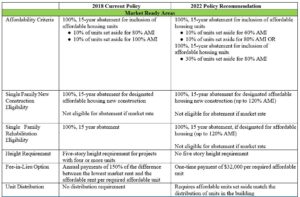 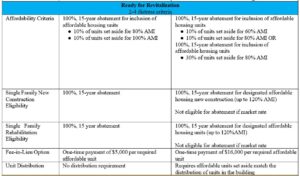 Please contact Dave Robinson at drobinson@montrosegroupllc.com if you need assistance with any housing or economic development incentive matter.