Third Made in Medina County Expo a Huge Success 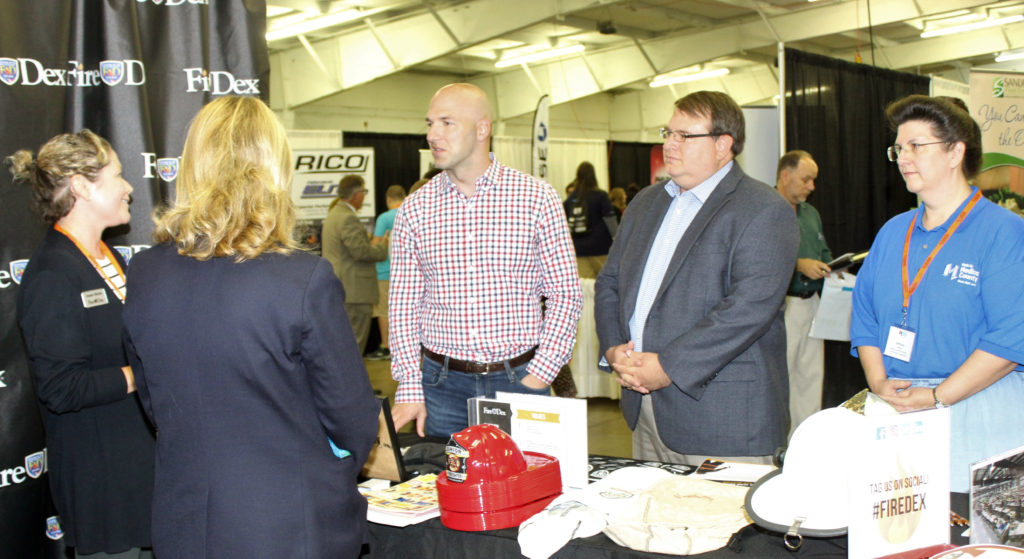 A diverse committee that included Medina County Economic Development professionals, Chamber of Commerce executives, as well as the manufacturing and business communities hosted the third Made in Medina County Expo on October 4, from 8:00 am until 2:00 pm, at the Medina County Fairgrounds Community Center.

Designed to promote careers in manufacturing, the every-other-year event was the largest so far.  Planning began a year in advance, so a speaker of renown could be procured. This year’s keynote speaker was John Ratzenberger, best known to adults as Cliff, the mailman on Cheers, but better known to a younger generation for his Pixar roles. He is the only actor to voice a character in every Pixar film, including the charming and witty Hamm, the piggy bank in Toy Story.

John is Hollywood’s most outspoken advocate for American manufacturing, skilled labor and the companies that are the foundation of our great country, working tirelessly to shine a light on the importance of manufacturing and trades.  He wrote the book We’ve Got it Made in America, A Common Man’s Salute to an Uncommon Country, a collection of essays from his five years on the road visiting factory towns throughout the country on the Travel Channel show “John Ratzenberger’s Made in America.”

His speech stressed the fact that we are running out of skilled tradesman to fill the hundreds of thousands of available skilled trades jobs in America. To combat this issue, he works with legislators on both sides of the aisle to bring back trades training in schools, build apprentice programs for returning veterans and support the reshoring of American companies.

Following Ratzenberger’s speech, the exhibit hall was opened to the public.  It included local 57 manufacturers, 53 of which took “We’re Hiring” signs for their booths.  In addition to the manufacturers, there were an additional 30 support organization groups that also had booths.  Occurring simultaneously in another area of the building, area high schools and colleges participated in robotics demonstrations.

As previously mentioned, this year’s event was the largest to date.  It took 52 volunteers serving on various committees and working the event to make the day run smoothly.  Over $55,000 was raised in sponsorships, 1,000 community members attended the event, as did over 500 students from ten school districts.  Participating students received free breakfast and lunch, as well as a commemorative backpack and T-shirt.

Kimberly Marshall, Economic Development Director for the City of Medina, said,  “That while the expo is a way to celebrate the success of the county’s manufacturing base, community awareness is another key component. Part of why we do this is to bring awareness of the economic importance of manufacturing,”