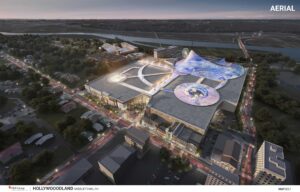 The City of Middletown will partner with Main Street to complete a location-based, entertainment-themed, mixed-use super development to be the first of its kind in the nation, known as “Hollywoodland.” The development is expected to include:

Thousands of new jobs, over $1 Billion in private investment and an estimated 3.5 million yearly visitors to Middletown are a few of the monumental impacts of the project, as well as dramatically increased long-term revenues to the community in the form of recurring income taxes, property taxes and other associated fees.

“This will be a transformational redevelopment opportunity for Middletown that came out of a redevelopment study for our riverfront property. It will encompass over 50 acres of our historic Downtown,” said City Manager Jim Palenick. “It is a once-in-a-lifetime opportunity to take full advantage of a myriad of local, city, state and federal incentives we have found a way to access, and in turn, and change the future of our city.”

“We are thrilled to be bringing this monumental development to Middletown,” said David-Elias Rachie, Main Street Community Capital. “There are great bones to this area and we look forward to working with the City and community members to launch a film and entertainment district, permanently bringing the film industry to the State of Ohio.”

More information about the project can be found at www.MSCCap.com