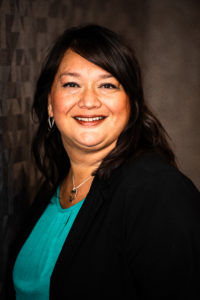 Middletown, OH (April 30, 2020) – The City of Middletown is pleased to announce the hiring of Chris Xeil Lyons as Economic Development Director. Lyons is a veteran economic development professional of Southwest Ohio, with over 20 years of experience in the area.

“Middletown is filled with history, entrepreneurship, a talented workforce and endless opportunities. I am honored to lead our economic development efforts and work closely with our community partners to create jobs and new investments in this great city,” said Lyons.

In 2012, she became the first appointed Economic Development Director for the City of Sharonville, where she led the city’s business attraction, retention, expansion and workforce efforts with great results. Under her leadership, Sharonville created over 6,000 new jobs and saw $400 million in new investments, which brought an increase of over $8 million dollars to the city’s annual income tax collections.

Prior to joining the City of Sharonville, Lyons served in leadership roles at the City of Hamilton and Butler County Auditor’s office where she developed extensive experience in public finance and public administration. She received her bachelor’s degree in Business Administration from Miami University and her Master of Business Administration from Thomas More College. She is a board member for HCDC, the Ohio Economic Development Association, Southwest Ohio Region Workforce Investment (SWORWIB) Board, the Community Foundation of West Chester/Liberty.

“I am thrilled to welcome Chris Xeil to Middletown. Her experience and leadership will help the city continue its past success and build an even brighter future,” said Susan Cohen, City of Middletown Acting City Manager.

The City of Middletown Economic Development department is also rolling out a new website, www.choosemiddletownoh.org, which will assist in sharing information about workforce development, site selection and business resources. “We are excited to have a dedicated web space to share the opportunities employers and businesses can have in Middletown,” said Lyons. “This is a robust information hub that will be a one-stop shop for anyone looking to do business in the city.”