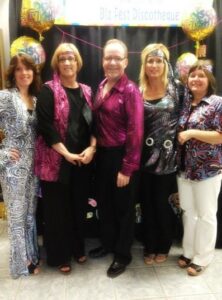 The fit was – clunky.

Until I met Dan at the Annual Summit.   He texted me via the App and wanted to get a drink after the first day. 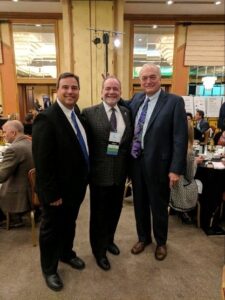 He laid out the roadmap that I so desperately needed – sharing insights, pontificating on personalities, sharing horror stories of projects, words of caution on costumes at Chamber events, and his general love of the people.  He reminded me to focus on the good.  That we are blessed in this role to help improve lives and create opportunities.

He shared that – for me to be successful in the job, what my role needed now was not someone like Dan Evers but someone who was uniquely me.

Now, I realize that I wholly disagree with this.

I think every community needs a Dan Evers.

I think, as Economic Development Professionals – we all have a bit of Dan in us.

His passing leaves a great void in our profession but more so – the impacts made on the professionals he worked with and the friends he has left behind. 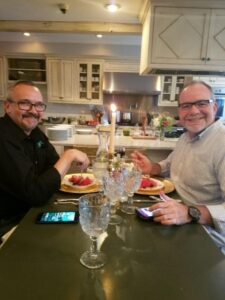 Dan’s passing was shocking. He was a true leader who gave so much back to our profession. Always willing to volunteer his time and talents to help with any event, Dan gave numerous presentations at our state economic development course and annual conference. Indeed, he took great pride in teaching others about our work. More important he was simply a great friend who was always there for you, in good times and bad. That may be his final lesson to us…appreciate and enjoy each and every minute with your family and friends. Dan certainly did, and it made such a difference in our lives. The consummate professional and a fantastic friend. One of a kind. I truly miss him.

I was first introduced to Dan “Danny Boy” Evers by Sean Hughes at a conference in Columbus when I was OEDA’s President of the Board of Directors (thank you Jennifer Klus for your support and that amazing opportunity). Dan referred me to as “Madame President,” and he kept me laughing from that moment on. He always had a way of making everyone feel special. In addition to his kindness and his humor, I was impressed by his love of community and sense of duty. Dan was always willing to go above and beyond to support economic development and those in the profession. Dan joined the OEDA Board of Directors, and I later was thrilled to address him as “Mr. President.”

In late 2013, I found out Dan worked in a community that had successfully landed a German attraction project.  Our community was in the running for what would be a once in a lifetime opportunity for our area for a German automotive manufacturing project.  I reached out to Dan, wondering if he’d even remember me – he did, and he was so generous with his time and Dan was a wealth of knowledge and very supportive although I couldn’t share specifics about the project. Even though he had no ties to our community, Dan played a role in helping win that project. Everyone who worked on it did. My questions likely became a bit much at times, especially as he was so busy – but he was always gracious. Once in a while, he would say with a sarcastic chuckle “No worries, I live…to serve you.” LOL. 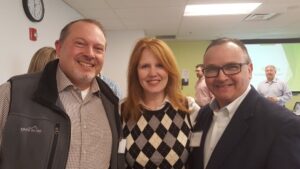 We stayed in touch and over the years he was always there to lend a helping hand, a listening ear or provide wisdom regarding professional growth opportunities. His advice was always guiding, but never pushy. One of his best pieces of advice was “Don’t ever change jobs and trade one life pressure for another – always make sure there is a net gain.” Dan, along with Paul Brehm and Mark Barbash, were instrumental in encouraging me to get my OEDI certification. I’m so grateful they did.

I’m extremely honored to have known Dan. He was the perfect example of servant leadership and a true friend. He always wanted the absolute best for everyone and would roll up his sleeves to get you there.

Thank you, Dan, for giving so much to so many. You will be forever remembered and terribly missed. 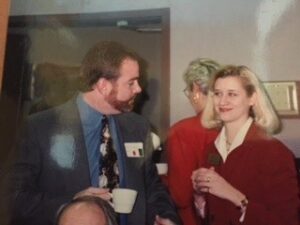 I met Dan in 1995, when I started working at the Greater Hamilton Chamber of Commerce.   Dan worked for the City of Hamilton and sat on the Chamber’s board of directors.  He was one of the first people that I became acquainted with in the City, and boy, did I like him.   He was funny, and charming, and quick on his feet.   He was also kind and generous with his time.   We used to joke that he “raised me” in Economic Development, and he is the reason that I have progressed in this career path.

My passion and interest in the profession are a reflection of the values he instilled in a young professional, at the time. 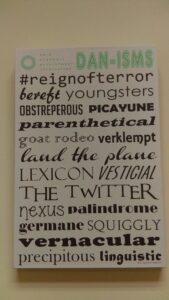 In particular, we served on the Ohio Economic Development Association’s board of directors for a number of years together.    You may have been at the OEDA Conference where he was presented with the “Dan-isms” plaque at the end of his term (also referred to as the “Reign of Terror”) as the Chair of the Board of Directors.  “Dan-isms” are a collection of words he used often in the board meetings.  Words like:  obstreperous, picayune, and precipitous made the rounds regularly in his vocabulary.    Less used, but even funnier, were expressions like:  “goat rodeo,” “tip of the spear,” and, my favorite, “land the plane.”  If any of you had ever been drawn into a conversation with Dan Evers, you either mentally urged him to “land the plane,” or just told him outright, as his storytelling ability was legendary…and lengthy!  That plaque proudly hangs in his office at the Clinton County Port Authority.

Dan was never one to shy away from a challenge either. 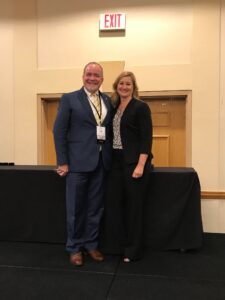 At one particular OEDA panel discussion at the annual conference, a group of us dared Dan to work in “2 meows, a goat rodeo and a tip of the spear” into his remarks on the panel.   I remember laughing hysterically as Dan managed ALL of those expressions in the first 5 minutes of his remarks.   I hadn’t given him enough credit that he would be to manage that in 45 minutes, much less the first 5 minutes.   It was remarkable.  He had a gift for humor and enjoyed seeing people laugh.

That is one of the things I miss most about him.

I lost my mentor, my former boss, and my dear friend.

← OEDA 2022 Annual Excellence Awards - Call for Nominations Coming Up in July: Everything You Wanted to Know about Fiscal Impact and JEDDs →