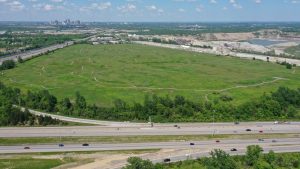 In recent years, state and local economic development teams are getting some questions they might not expect from companies looking for new locations. In addition to information about economic climate and quality of life, businesses want to know more about a community’s track record around environmental sustainability.

These days, it should surprise no one that a prominent U.S. company would want to operate in a community that values environmental protection and prioritizes waste diversion.

Most large businesses are doubling down on their own efforts to reduce carbon footprints – and bragging about it to consumers and shareholders. Those organizations want to operate in sustainable communities that share their principles.

The good news is central Ohio has a great story to tell on that front, including Franklin County’s impressive 50% waste diversion rate, which is significantly higher than the national average of 34%. But we may not always recognize the potential economic benefits of better telling our own story.

Soon, perhaps, no one will need to ask central Ohio about its commitment to the environment. They will be able to see it from the highway.

The Solid Waste Authority of Central Ohio (SWACO) is the go-to resource for recycling, composting and other measures to divert waste from the landfill. As part of its mission, SWACO aims to leverage the waste stream for the economic benefit of the community. This summer, SWACO entered into an agreement with BQ Energy Development, LLC, to transform a former landfill – approximately 173 acres that once served as Franklin County’s sanitary landfill – into Columbus Solar Park. Columbus Solar Park will generate electricity that will be available to local entities to purchase and use.

Beyond the significant economic benefits of a solar array, Columbus Solar Park also would serve as a billboard advertising central Ohio’s commitment to environmental sustainability. The closed landfill is located off I-71 in Grove City, just beyond Columbus’ southwest border. Anyone driving that stretch of the interstate won’t be able to miss the solar field, once it is constructed, as a visual testament to the Columbus Region’s embrace of green energy.

As one who has always been passionate about economic development, I’m thrilled about the direct employment and investment that will come out of the solar project. I’m equally excited for this project to showcase who we are as a community. Doing so won’t just generate pride; it will generate jobs.