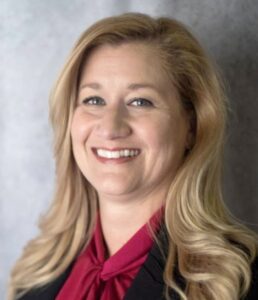 The City of Dublin is pleased to announce that Jennifer Klus Ekey has accepted the position of Director of Economic Development effective April 27. Ms. Klus Ekey has worked in the economic and workforce development fields for 25 years and most recently led economic development efforts for the Clinton County Port Authority, which includes the Wilmington AirPark, the highest volume cargo airport in Ohio, as well as the City of Wilmington, Ohio. In 2010, she was named to Cincinnati Business Courier’s “Forty under 40” and in 2019 was named OEDA Economic Development Professional of the Year.

An Ohio native, Ms. Klus Ekey attended Miami University in Oxford, Ohio and has previously worked for organizations in the Greater Cincinnati area. Being involved with the Ohio Economic Development Association, she has spent a good deal of time in Dublin over the years and is impressed by the City’s commitment to creating a premier community by identifying and building on its core strengths and values.

“The City looks forward to welcoming Jennifer in her new position,” said Megan O’Callaghan, Dublin’s Deputy City Manager/Chief Finance & Development Officer. “Her passion for economic development, and commitment to work for the betterment of our residents, workforce and business community will bring lasting, meaningful impacts to Dublin for generations to come.”

About the City of Dublin, Ohio, USA