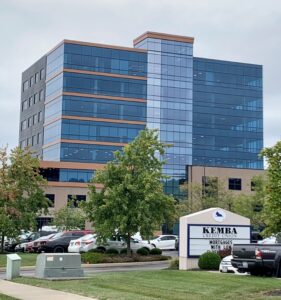 KEMBA plans to add 40 jobs to its existing workforce of more than 100 at this location.  KEMBA’s retail operations will remain in its existing four-story, 32,000 square-foot Class A office building and the remainder of the facility will be available for lease.

KEMBA Credit Union is a not-for-profit financial institution dedicated to serving the financial needs of its members since 1934.  KEMBA offers a broad range of financial products and services to the residents of Southwest Ohio, with 10 branches throughout the region.

KEMBA serves more than 112,000 members and nearly 900 companies.  They are an active community partner, supporting numerous local organizations such as the Cincinnati Fire Foundation and the Freestore Foodbank’s Rubber Duck Regatta. KEMBA also hosts Shred Day, a free event that helps protect the identities of thousands of families.

KEMBA Credit Union was recognized on the Forbes list of America’s Best-In-State Credit Unions in 2021 based on an independent survey of nearly 25,000 U.S. Citizens. KEMBA is one of only three Ohio credit unions recognized for this prestigious honor.

KEMBA Credit Union was also recently named a 2021 Top Workplace by the Cincinnati Enquirer.  This is the third year in a row that KEMBA has been named to this prestigious list of companies in the Greater Cincinnati region.